CBD ( Cannabidiol ) has been receiving a lot of attention recently as a possible treatment for many ailments such as epilepsy and anxiety. And now, researchers are telling us that it may also help to suppress the cravings that come with opioid addiction.

Just like marijuana, CBD comes from the cannabis plant, but unlike weed, it does not get you high. The study included 42 men and women who had a history of heroin abuse that were not currently using heroin. Heroin, of course, is an illegal opioid, other opioids include things like powerful prescription pain killers like oxycodone or OxyContin. This is one of the most addictive prescription pain killers, we know first hand as it was prescribed for my husband after major knee surgery, fortunately, he got through it with no real problems.

In this study, participants received either an oral CBD solution or a placebo and were then shown videos that contained neutral and drug-related cues. Neutral cues included relaxing scenarios such as scenes of nature, while drug-related cues included scenes of Intravenous drug use and heroin-related items like syringes, rubber ties, and packets of powder.

What the researchers found was that compared to a placebo, CBD actually reduced drug cue-induced cravings and anxiety in those test subjects.

The United States is struggling with an opioid epidemic that has claimed more than 300,000 lives since it began. Two current opioid addiction treatments are methadone and buprenorphine, which work on the same opioid receptors as heroin and other opioids.

But because these treatments carry such a stigma, come with their own addiction risk and are heavily regulated, millions of Americans with opioid addiction refuse to use them according to the studies authors, and that’s why there is an urgent need to find other treatments the researchers noted.

Hurd’s team is now working on two follow-up studies, one to examine how CBD affects the brain, and another to pursue the development of CBD-based treatments for opioid addiction.

Laura is a programs and sales manager in the sports and recreation industry. Both Laura and her hubby Mark are consumers of CBD and enjoy writing and spreading the word about the many benefits CBD has to offer.

“Sometimes when people use CBD oil, they experience so much anxiety relief that they believe they are “high.” You are not high. You are just not used to living anxiety-free. Get used to your new normal and enjoy your life”.

We at Best Hemp for Health are consumers of CBD products too and we make every attempt to research and provide a fair and accurate assessment of all products we review based on personal experience and actual customer reviews and ratings.

Ultimately, it will be up to you to make an informed decision on whether or not the products we review are right for you.

The 2018 Farm Bill Has Passed!
Find Out What This Means For CBD Consumers!
Click Here To Learn More! 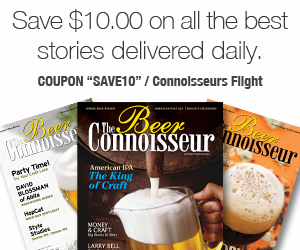